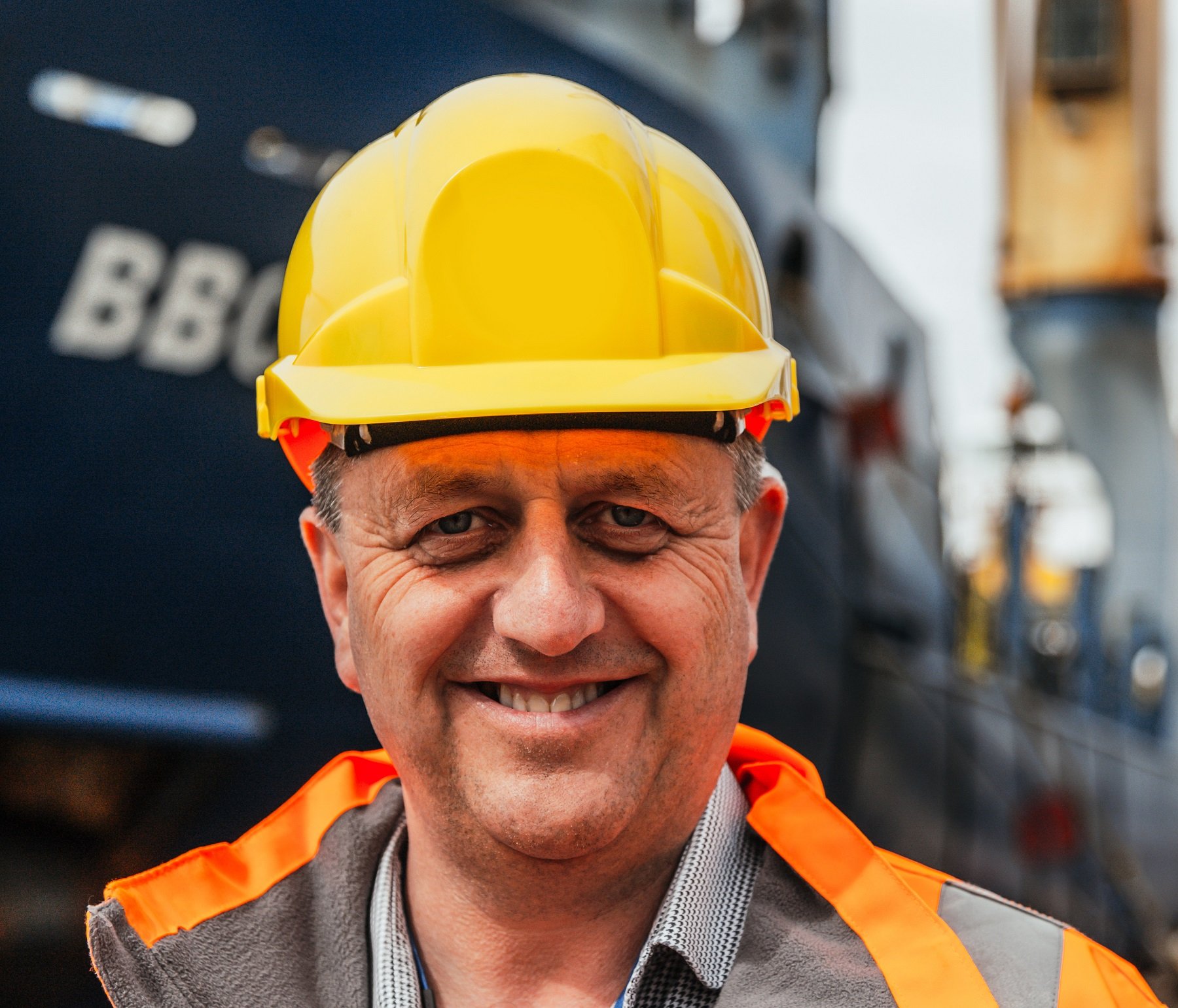 Steve Williams, 59, from Grimsby, Lincolnshire, has been awarded an MBE in the Queen’s Covid-19 honours, for outstanding services during the pandemic.

From the outset, when the government announced a lockdown, Portico’s operations director Steve Williams, made the decision to stay in Portsmouth and oversee operations at the UK’s major fresh produce port, 200 miles away from his family in Grimsby, Lincolnshire.

He remained solely in Portsmouth for three months, so he could manage operations safely for his employees and be available to provide hands on support.

Portico remained open 24/7, a vital function managing essential supplies to make sure fresh produce reached supermarket shelves. During a heighted time of public anxiety in response to stock available in shops, Steve made sure he had a functioning workforce to manage the regular arrivals of thousands of pallets and containers of goods.

This was not without difficulty. A number of staff, in critical roles, were absent due to Covid-19 symptoms and Steve had to make sure Portico could still function.

One serious issue was crane driver cover, as this is a highly specialised role and critical to the unloading ships. Fortunately Steve had experience in this area, having previously operated a crane.

To help make sure this essential role could continue, Steve took a refresher course so he was able to step into the cab once again and make sure supplies keep moving.

Following approval from an instructor, Steve passed his competency test and was fully certified to drive cranes once again.

Mike Sellers, Portico director said: “Steve would be too modest to discuss any of his efforts, praising his management team and also staff for all stepping up.

However it’s because he led by example that everyone at Portico was inspired to continue working hard.

“Steve stepped into a range of positions, helping in warehouses and unloading ships, clocking up long hours and visiting the site daily to help staff morale.

“If that wasn’t tough enough, it was against the backdrop of being away from his family, especially his wife who was alone in Lincolnshire.

“I want to thank Steve for the selfless part he played making sure vital goods kept moving to where they were needed most.”

Steve Williams, Portico operations director said: “I am very shocked, humbled and proud. I have spent over 34 years in the industry, supported throughout by my beautiful wife, so this honour is recognition for us both.

“No honour would be received without the support of your co-workers, and I am proud that the industry is recognised as key workers, supporting the country through these very difficult times.

“Although it was a difficult decision to remain in Portsmouth, away from my family with no end date, being on site at Portico was my duty. It was a privilege to support the team in any way I could help, for as long as it was needed.”

Cllr Gerald Vernon-Jackson, Leader of Portsmouth City Council, also gave his appreciation in a letter of support for his nomination. He said: “Steve has been working tirelessly every day, including weekends.
“On top of all this and throughout the crisis period Steve has been away from his family, who were in Lincolnshire when the lockdown was announced. This must have been particularly hard on him mentally but he has continued giving 100% to his role and responsibilities.

“Steve has gone above and beyond his responsibilities and his award is extremely well deserved.”

Steve has over 30+ years in the shipping industry which has resulted in senior positions in Immingham and now as operations director at Portico, Portsmouth’s international cargo terminal.

Next post Container congestion? We can help get things moving

Container congestion? We can help get things moving