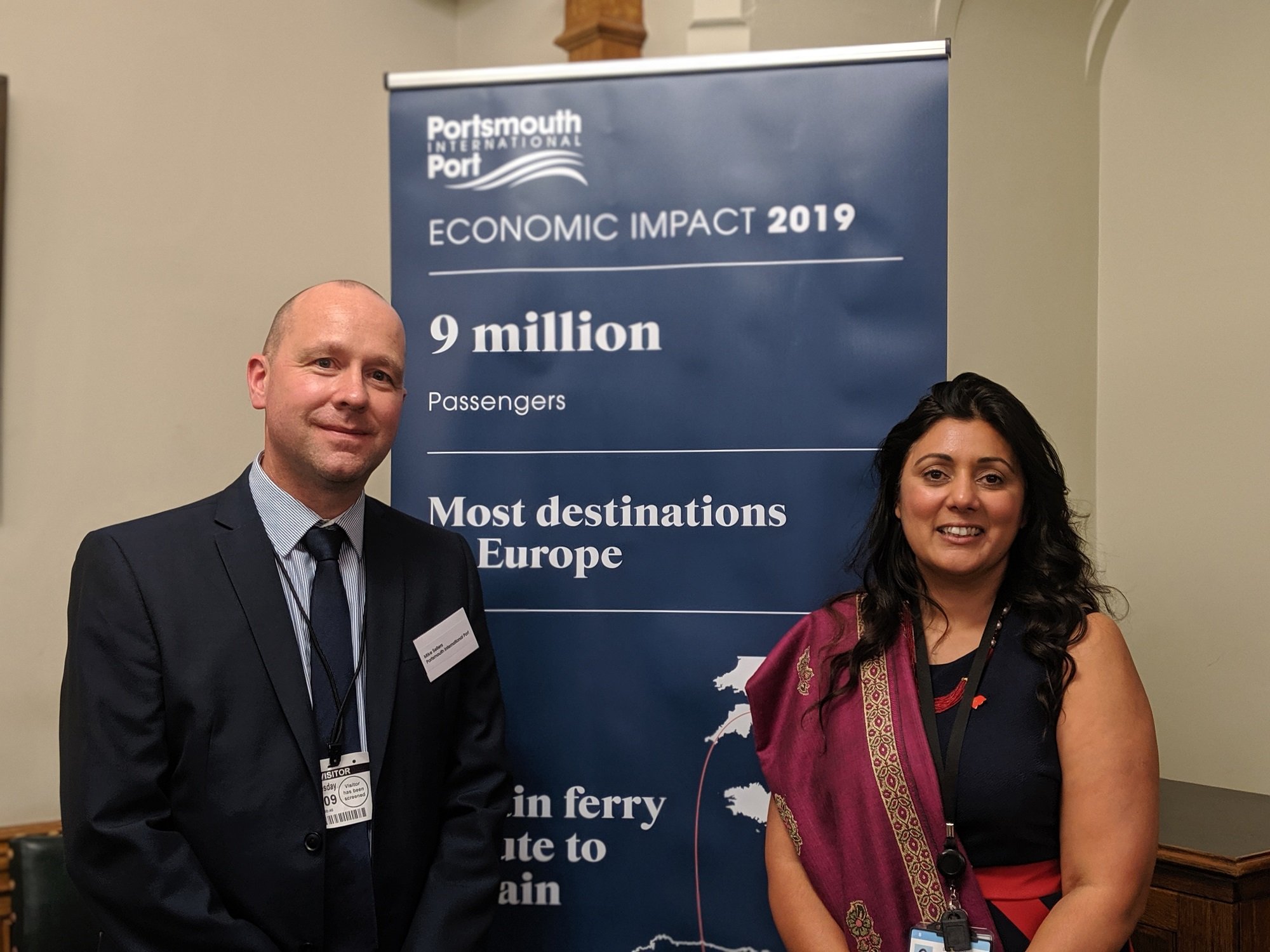 The UK’s most successful municipal port is a vital contributor to the country’s economy, following a report from independent specialists Oxford Economics announced at a Parliamentary reception in Westminster on Wednesday 4 September.

Using data from 2017, the economic impact of Portsmouth International Port, where Portico operate the international cargo terminal, was revealed to be worth:

The economic impact report also revealed that the port handled £700m of non-EU trade through Portico’s terminal, with the value of bananas totalling £330m. In 2017, Portico was responsible for 50% of the UK’s bananas, since the report this has now increased to 70% after major shipping line Geest relocated back to the south coast port. The report showed that Portsmouth was the top municipal port in the country for managing the most non-EU fruit and vegetables, and the fourth largest overall in the UK by volume for the same goods.

It’s considered the second largest port by volume on the South Coast and the second busiest cross-channel ferry port.

“These latest findings validate the investment and vision we, and our customers, have for the future of the port.

“While the figures alone are impressive, since 2017 we have seen further improvements, such as welcoming back global shipping line Geest to Portsmouth and a significant rise in our cruise numbers.

“As a local authority owned port we play a vital role in employment for the area and also a critical contribution to the council’s budget, however the importance of the port goes beyond the PO post code. We have an impact nationally and are a crucial trade link for both EU and international goods.

“From as far north as the Scottish Highlands, where fisheries supply fresh fish to reach dinner plates for Parisian restaurants, to tropical fruit from South America and the Caribbean. Just-in-time produce heading to the continent relies on an efficient method transportation, which a port like Portsmouth provides.

“We also handle the world’s largest wind blades for a major offshore energy company and we play a critical link in the supply chain.

“All of these factors combined coupled with the induced benefits that the port brings, highlights we are a serious contributor and a major UK port.

“We have bold investment plans underway to transform the port so we’re in the best position to handle more passengers and freight, while remaining as environmentally conscious as possible.

“We believe our sustainable and strategic ambitions go hand-in-hand. The next step is to masterplan the port, aligned to the DfT’s Maritime 2050 and in particularly the Clean Maritime Plan, and discuss the exciting proposals for the future, which again will benefit the local and national economy and make us a front runner to be the first UK zero emission port.”

“This economic impact report demonstrates both the capability and the potential of the port. With Portsmouth’s enviable waterfront, connection to major transport routes and rich maritime heritage, it makes the city an ideal place for marine related business.

“As the country’s most successful local authority owned port we’re proud of the role we play nationally, and the essential contribution we provide for our city’s residents towards social care and education. Unlike privately owned ports where the majority of their income will go to shareholders, Portsmouth’s success benefits the whole city. This year alone the port contributed £8.4m to the council’s budget.

“It’s essential we protect the port, as a critical trade route for goods, a vital contributor to the economy and a crucial support for council services. We hope that these latest findings resonate with others, and demonstrate the significance of the port to make sure it’s always considered on a national level.

“The port is in a great position to continue thriving and leading a substantial role in the UK’s marine and maritime industry.”

The report can be viewed on Portsmouth International Port’s website here.